The Big Hand is the work of Pierre Vivant, an artist with a thirty-year international track-record of delivering ambitious and successful public art projects. He has extensive, pioneering experience of the use of live, web-sourced material in a public art context, and strong, long-standing and relevant connections with the City of Oxford.

Pierre Vivant left his medical studies to train with architect and sculptor Armand Pellier in Nîmes before coming to Oxford in 1973, coincidently the year “TimBL”, whose invention of www makes The Big Hand possible, came to Queens College. The photographs of Vivant’s early days in Oxford show him working on a marble sculpture he originally intended for the then-new Wolfson College, and assisting the carving of Lips, the South West Wind on the Radcliffe Observatory tower. He also worked at the Oxford University’s Crystallography Department, making 3D models of proteins, an experience which informed a number of bronze sculptures. Ever since that time, he has maintained studios near Oxford, and made the city the hub of an international career.

The Big Hand is inspired in part by Pierre Vivant’s memory of the childhood thrill of rocking a delicately balanced 800-ton granite boulder in Southern France. It reaches for the same sense of universal empowerment born of equilibrium. 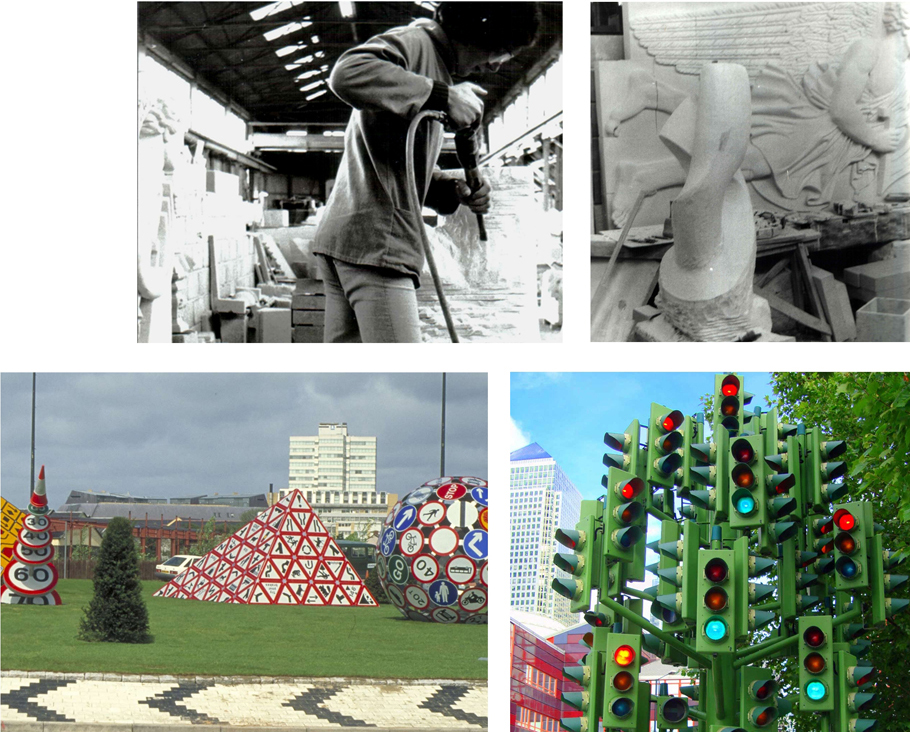 In the mid-nineteen-nineties, he pioneered the practice, now central to his commissioned work and integral to The Big Hand, of creating his projects live on the web and presenting their entire duration live on the web.

Such projects have included Here (1997), the first live webcam artwork in a British school, The Space of Use (1998, University of Southampton, and 1998, Nitra), a mile-long work across the city, and the first live webcast in Slovakia; Ora (1999), a series of live works across central Sardinia; alfreds.net (2000, Winchester) five live web-portraits of citizens; Earth, Live and Neutral (2003/2006 Sellafield/London Science Museum), 300 live webcams tracing the earth shadow around the globe; and Live (2004/2013, Wolverhampton, Civic Hall). His first proposal involving the use of circular screens dates back to 1990, and a display of 300 CCTV security cameras in Argyle Street, Glasgow. He revisited the idea for a millennium project in Coventry in 1999, an international competition in Barking in 2001 and for a project in 2005 to display Bradford’s CCTV network.